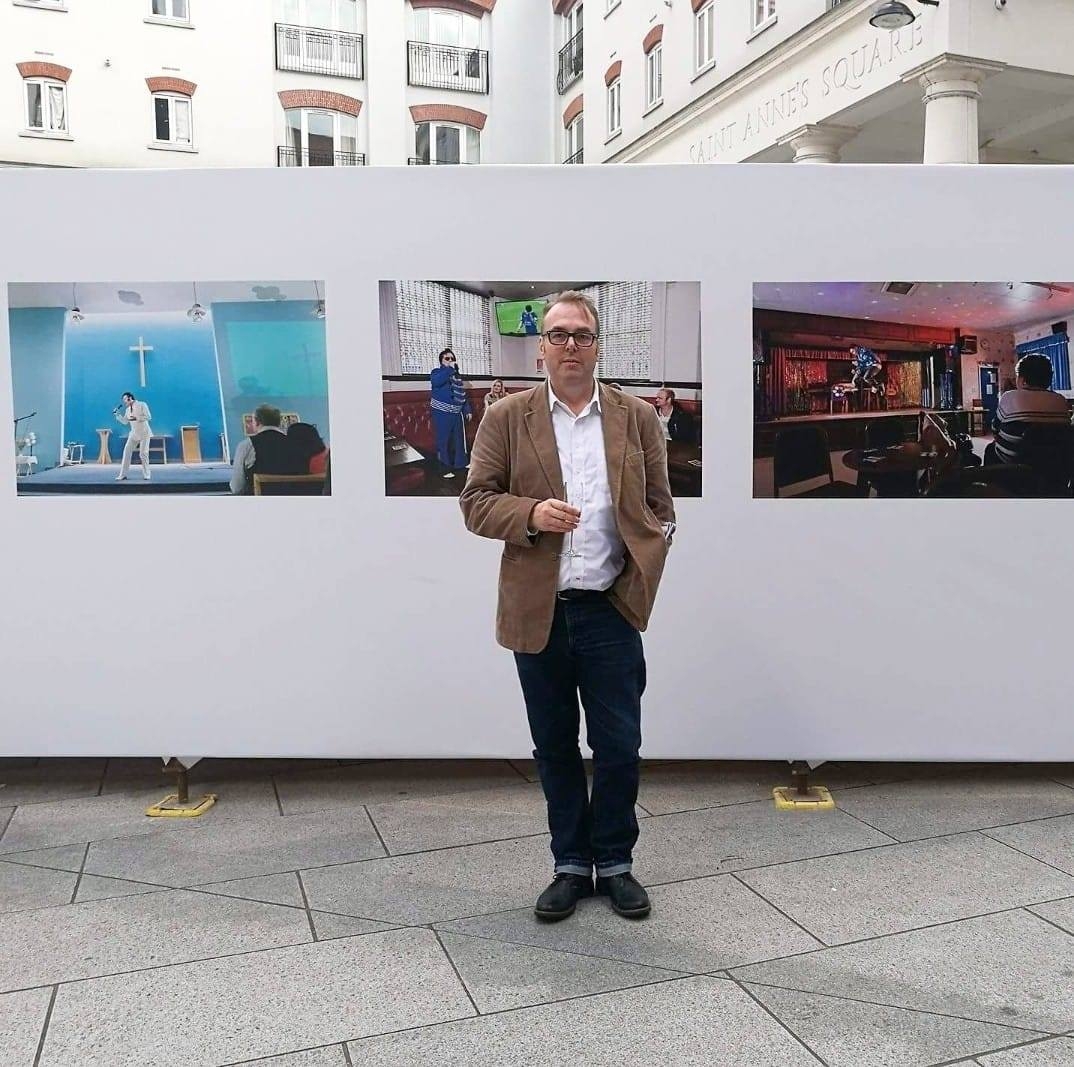 Purchase a signed copy of "The Kings Of England" using Paypal.

Graeme Oxby is documentary and portrait photographer based in the UK and represented for publication by Institute Artists. Graeme is Programme Leader for BA Photography at The University Of Lincoln.

Graeme has been a creative professional since the late 1980s working in the commercial, music and entertainment industries based in London, Dublin & Manchester making music videos and commercials as well as TV and film commissions. He also travelled widely on assignments from Angola and Mozambique to the former Soviet Union, The Far East, North & Central America.

Graeme took a break from film making and photography in 2008 to oversee the return of influential Art Rock band Magazine to stage, screen and recording studio, returning to his photography practice five years later. He was Artistic Director of The Hull International Photography Festival in 2015 and He devised and was commissioned by Hull City of Culture 2017 to deliver the Hull Beermat Photography Festival with winners chosen by Martin Parr.

Graeme Contributed a portrait to the 2018 book "Invisible Britain" published by Policy Press (a non-profit university press committed to influencing social change through international research and scholarship) and is supported by The Young Foundation, a charity that tackles major social challenges by working alongside communities, using the tools of research and social innovation.

Graeme has been regularly published in national and international publications including The Guardian, Stern, Vice, Huck Magazine and The Times Literary Supplement.

Graeme's  Five year project on Elvis Impersonators entitled "The Kings Of England"  was published as a book in September 2018 by Bluecoat Press.

Graeme’s work is held in the collection of the Michael Komechak O.S.B. Art Gallery, Benedictine Univeristy in Chicago IL.

Graeme currently Lectures in Photography at The University Of Lincoln, and was an External Examiner at University Of West London.

If you'd like to discuss working with me then please use the contact form. Please address enquiries for publication to Institute Artists.

Art on A Postcard Featured Artist.

Bridlington Spa – The Kings Of England.